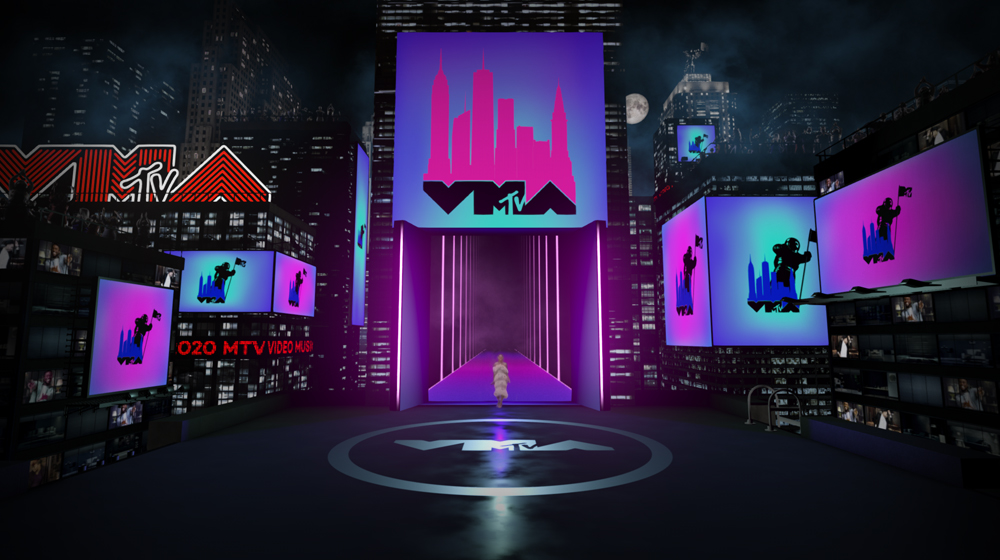 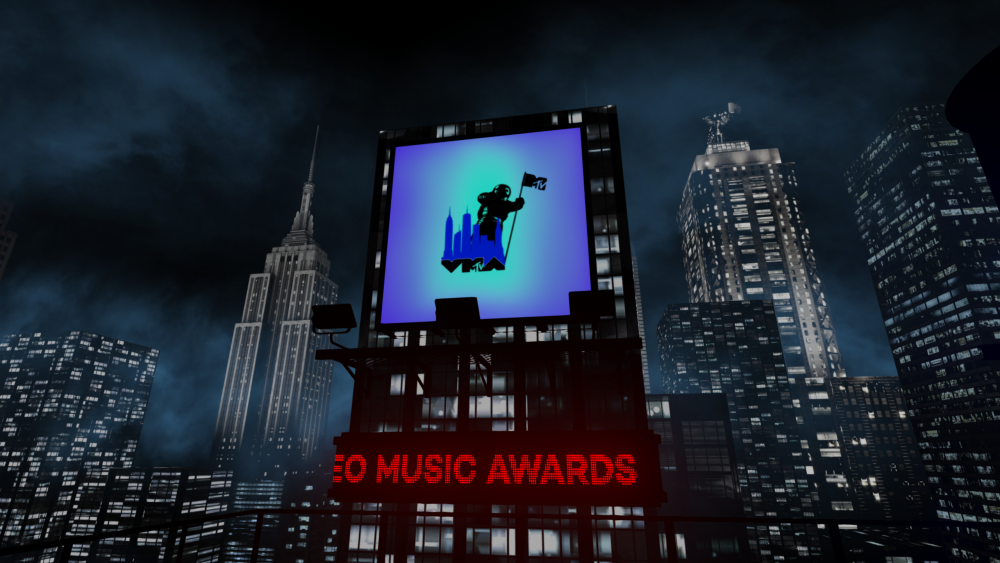 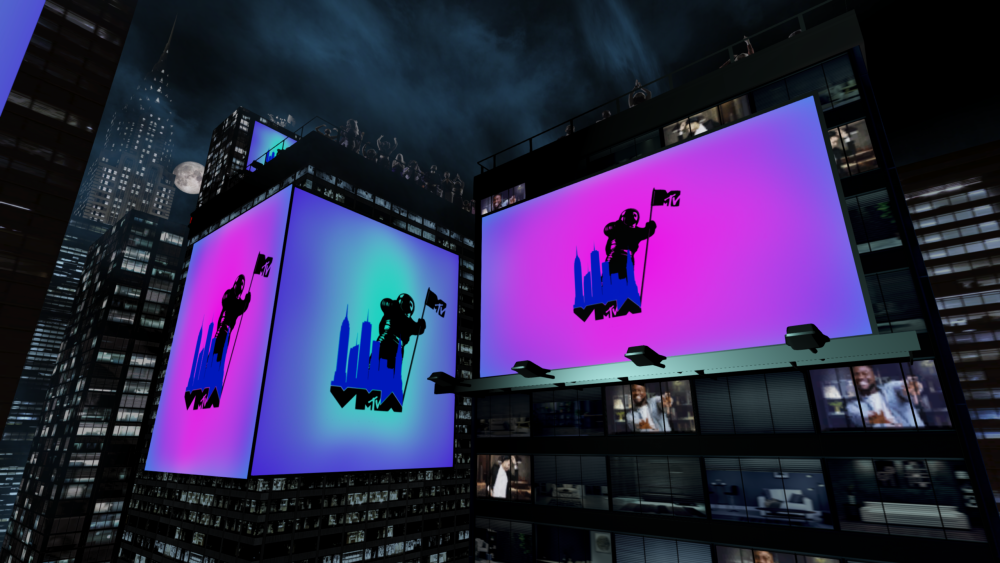 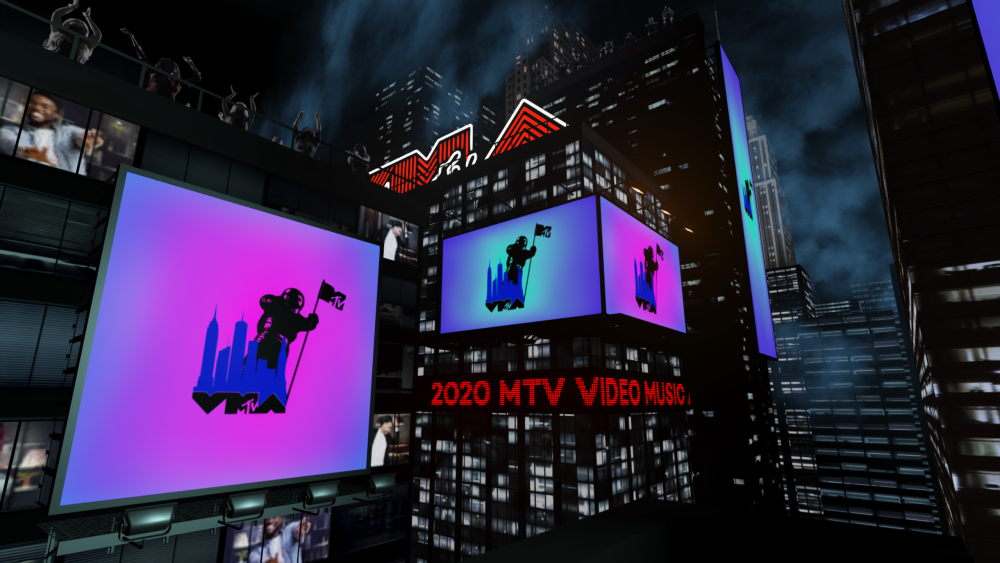 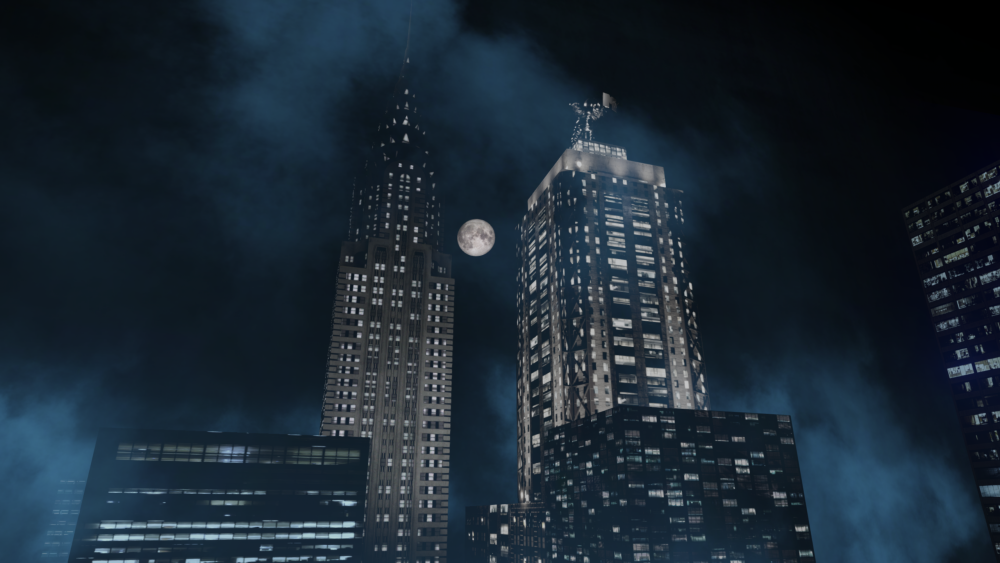 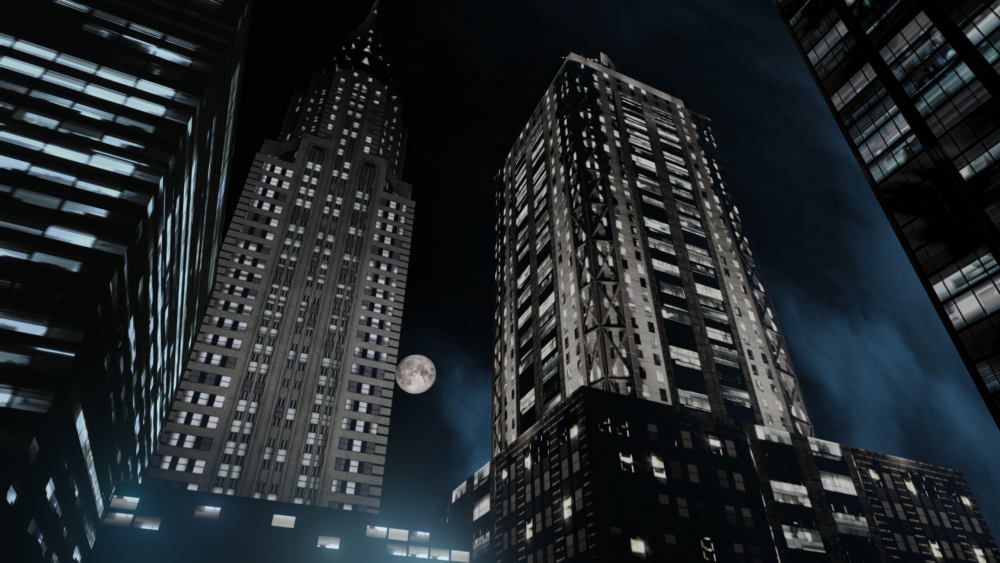 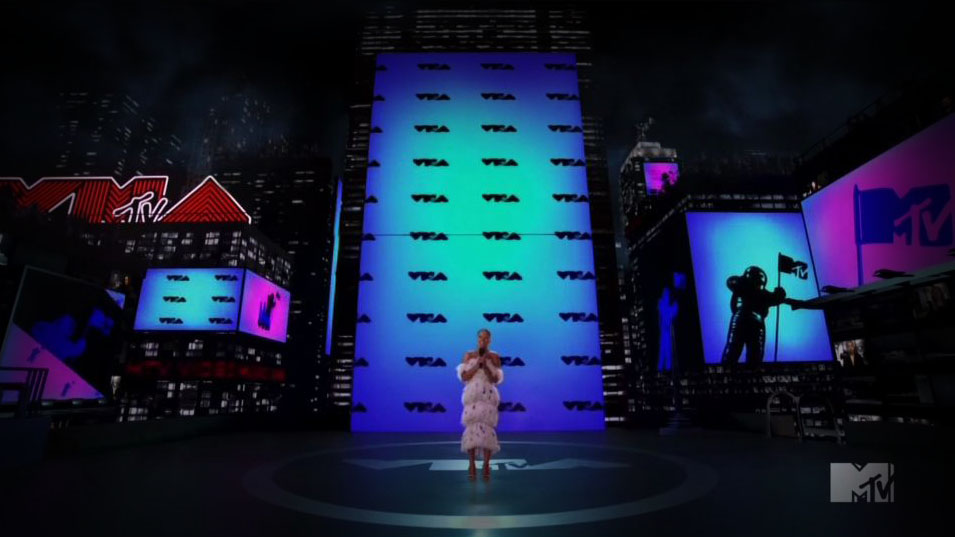 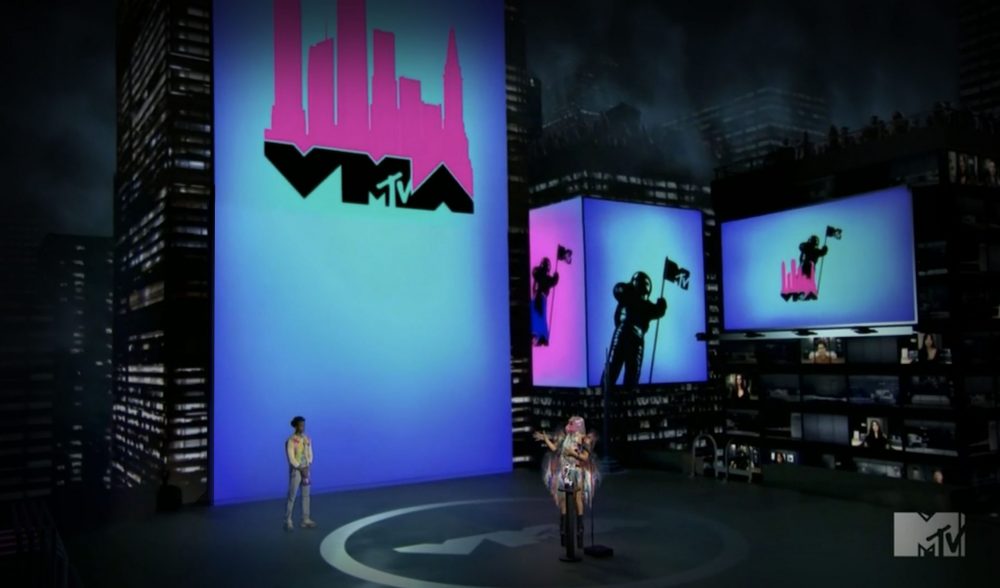 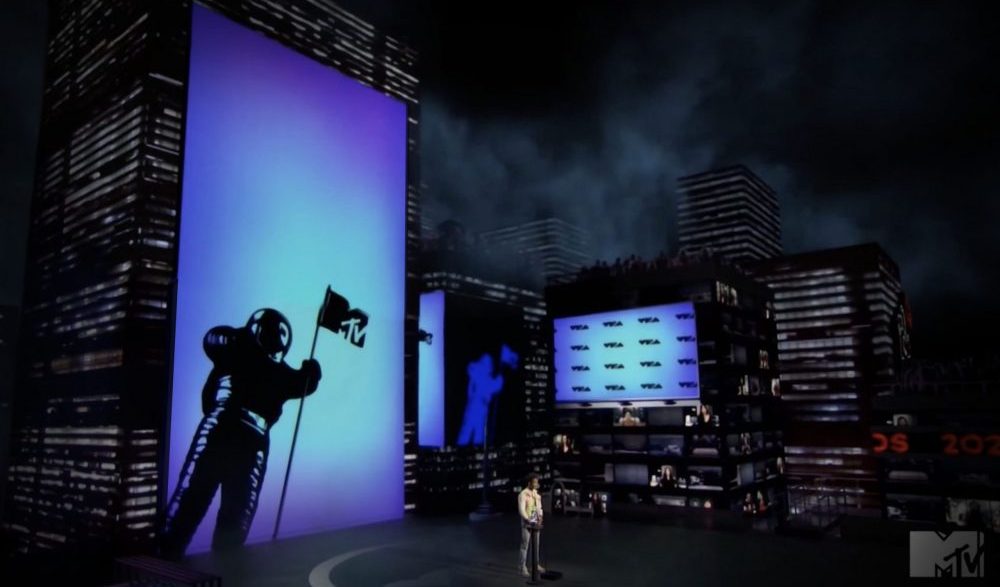 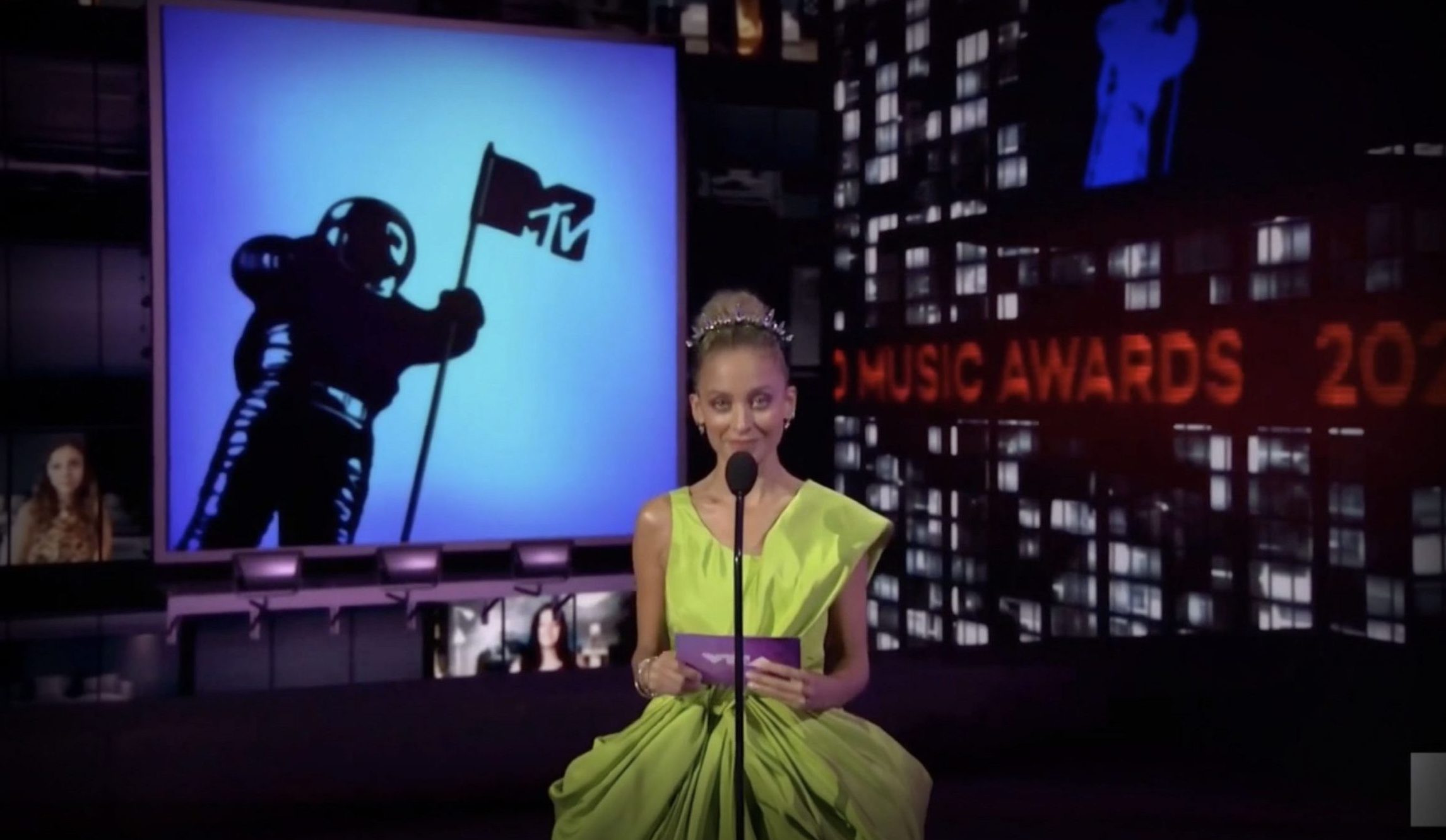 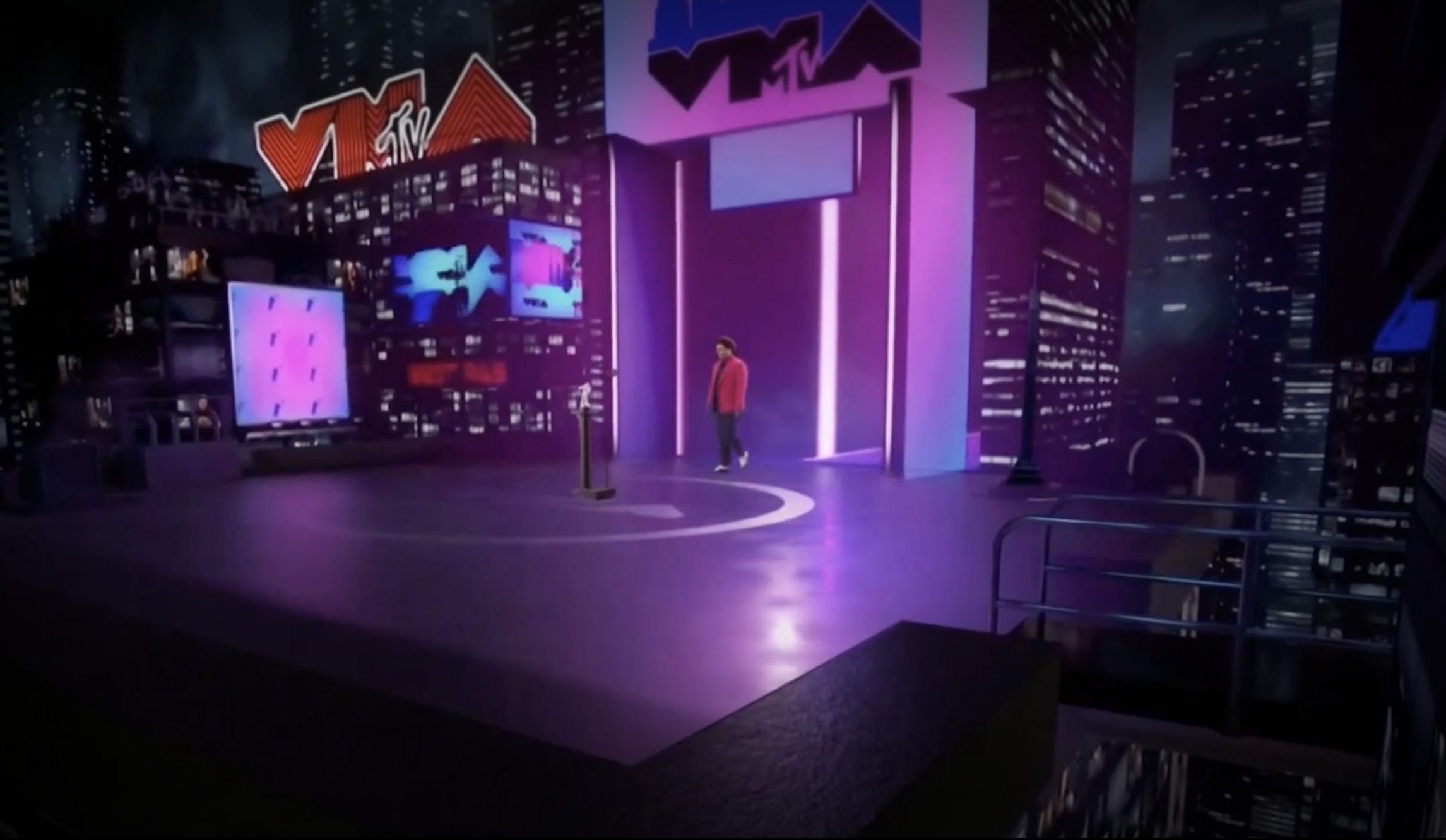 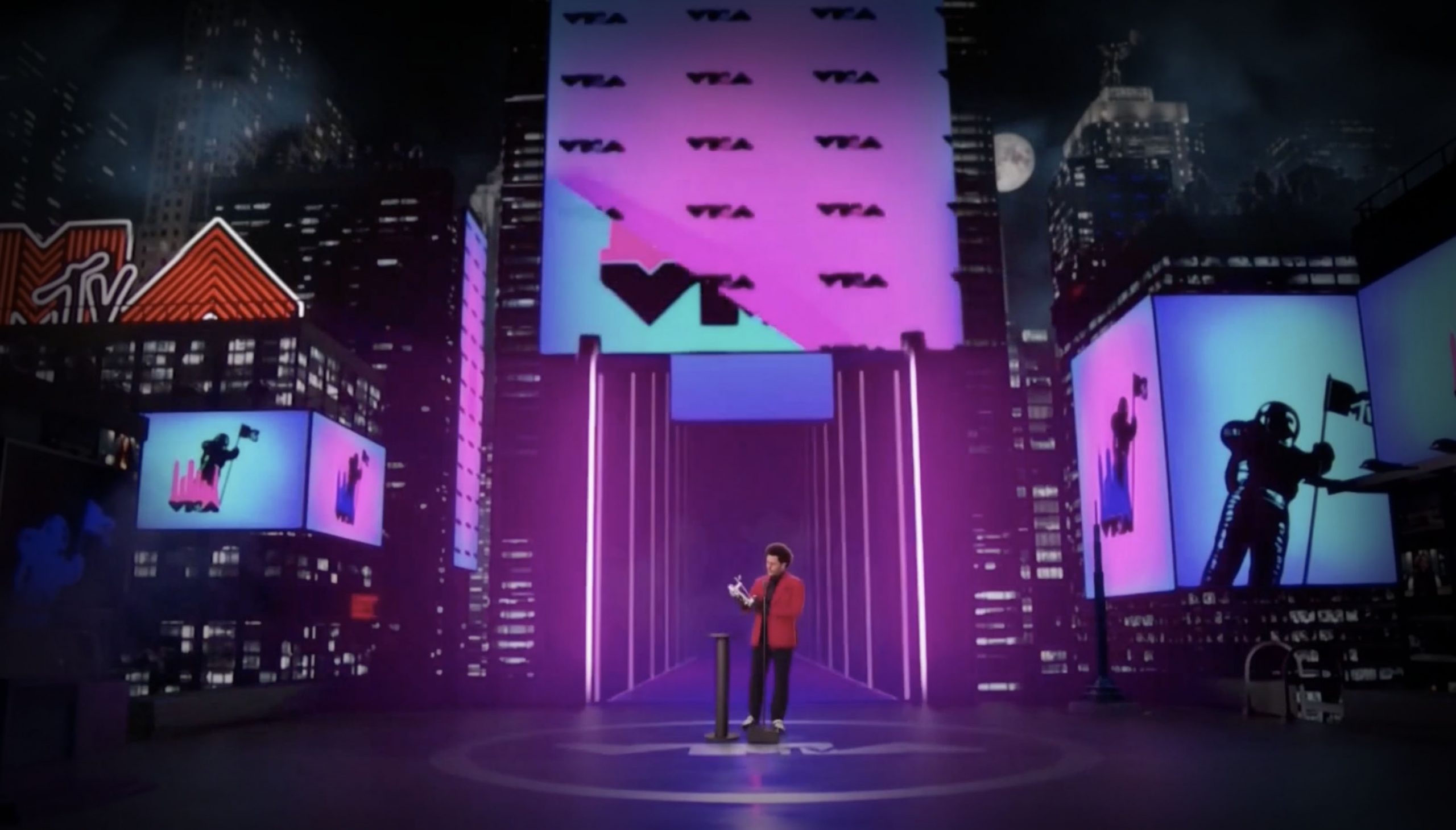 One of the biggest musical entertainment shows of the year, the 2020 MTV Video Music Awards, aired Sunday the 30th of August and was the first major American Awards Show created  in Mixed Reality in 2020. The main hosting environment was an XR stage was created by Silent Partners as well as the broadcast package.

The design of the house look was a technical challenge in the world of mixed reality for broadcast with the need to integrate virtual doors, pre-shot crowds on the rooftops of the virtual city and multiple zoom feeds in windows, as well as nominee packages and broadcast images into the billboards, into a single scene, in real time.